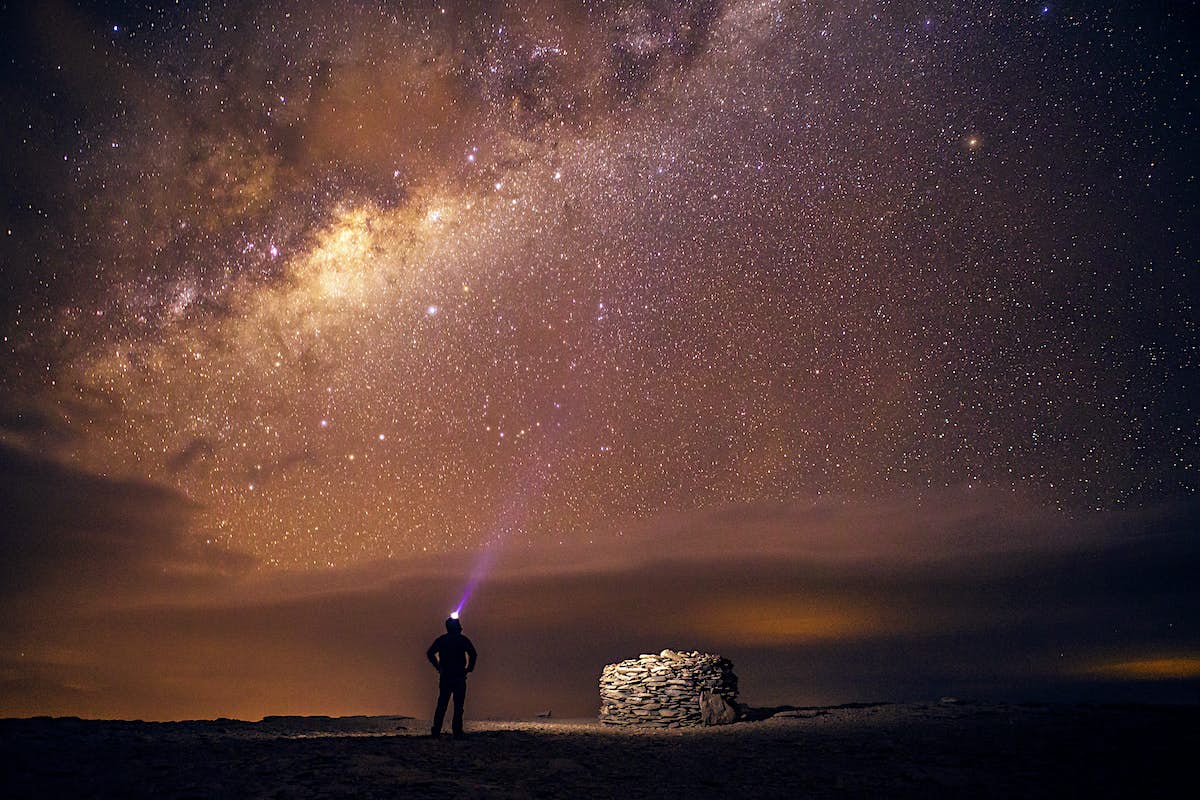 A guide to stargazing in the Atacama Desert

The Atacama Desert unfolds in northern Chile in sizzling salt marshes, dry sierras, arid beaches and thorny patches of colorful cacti. Yet one of its greatest features is not apparent until after the sun plunges into the Pacific. This is when the moonscape on Earth transforms into a dazzling dome of twinkling stars – perfect for the ultimate stargazing trip.

Thanks to a unique combination of low humidity, high altitudes and almost non-existent light pollution, the Atacama is home to half of the ground-based astronomy projects in the world. However, it is not just astronomers who are passionate about the nightly spectacle of the stars. The Atacama has blossomed in recent years to become a global hub of “astrotourism”. Make the most of a star-studded trip to the world’s driest non-polar desert with the best advice from this beginner’s guide.

For optimal stargazing, avoid the Pacific coast, which can be surprisingly cloudy in the morning and evening. Instead, base yourself in the interior valleys or on the Altiplano (the high Andean plateau that Chile shares with Bolivia and Peru). The best infrastructure is found in two stargazing centers: the Elqui Valley in the Coquimbo region and San Pedro de Atacama in the Antofagasta region. The first is just south of the desert proper, in a fertile valley known for its pisco and wine production. The latter is Atacama’s most famous oasis, surrounded by high-altitude parks, sunny sand dunes and steaming volcanoes.

Both cities have a good mix of stargazing tours, accommodation, and observatories. The Elqui Valley is a better choice for those who wish to combine their night-time cou-crantage with daytime consumption in solar-powered, experimental craft breweries. altitude vineyards or one of half a dozen pisco distilleries. Vicuña is the most logical base for stargazing here with the quickest access to nearby observatories. Pisco Elqui, further up the valley, is full of yoga studios, New Age retreat centers, and alternative therapies. San Pedro de Atacama sits in the middle of the desert and is one of Chile’s most popular resorts. It has a greater choice of restaurants and accommodation than the Elqui Valley and tends to draw a more international crowd. With large geyser fields, lagoons filled with flamingos, and ancient ruins, it’s a good base for those who want to fill the daylight hours with epic outdoor adventures.

There are several tourist-friendly observatories and astro-tours

The Elqui Valley has the largest number of tourist observatories in Atacama, most of which are located near Vicuña. Observatorio Cerro Mamalluca draws the biggest crowds with its two-hour English tours, which start with a sky talk and end with stargazing using a 12-inch telescope. Cancana Observatory runs a similar program with two 14-inch telescopes, while the Observatorio del Pangue offers the region’s largest publicly accessible telescope with a 25-inch aperture, as well as an enviable hilltop location within easy reach view of the professionals of the Observatorio Interamericano Cerro Tololo.

San Pedro de Atacama has fewer observatories than the Elqui Valley but more astrotours, which take you to remote areas of the desert where you can learn to identify dwarf galaxies, such as clouds of Magellan, from supernova remnants, such as the Nebula Crab. The leading agency here, SPACE, offers educational star tours in South America’s largest public telescope park (it also has the largest publicly accessible telescope at 45 inches). Guides teach you how to read a sky map and recognize the main stars visible in the southern hemisphere.

Get more travel inspiration, tips and exclusive offers straight to your inbox with our weekly newsletter.

Learn about the night sky from an Indigenous perspective

If you spend one night getting a scientific idea of ​​the night sky, it helps to spend the next one observing the cosmos from an Indigenous perspective. Astro elqui, in Vicuña, combines performances, discussions and astronomical observations for a three-hour experience exploring the Andean cosmovision of the local Diaguita culture. Observatorio Etno-Astronomico Licanantay offers a similar ‘ethno-astronomical tour’ near San Pedro that helps visitors understand the night sky of the Andes as seen for centuries by the indigenous Atacameño people. You’ll learn how ancestral star knowledge informed local farming practices, and dive into the Milky Way to uncover messages hidden in its dark spots.

You won’t be able to survey the night sky in Atacama’s professional observatories, but guided tours offer a fascinating, behind-the-curtain glimpse into the lives and works of the world’s best astronomers, who seek the answers to the questions many ‘between us arise. I didn’t even think about asking. The Observatorio Interamericano Cerro Tololo and La Silla, both near the Elqui Valley, are the most equipped to welcome tourists. Both offer weekend tours, which must be booked well in advance.

The $ 1.4 billion Atacama Large Millimeter / submillimeter Array (ALMA) near San Pedro is the largest and most expensive ground-based astronomical project in existence. Although you cannot travel up to 5,050m (16,570ft) to see its 66 radio telescopes – which move in unison along the Chajnantor Plateau – you can visit the ALMA operations support facility downstairs on weekends by prior reservation.

Stay in hotels and campsites ideal for stargazing

Camping is, of course, one of the cheapest and easiest ways to foster a deep connection with the stars above. In the Elqui Valley, most of the campsites are in the shade of willows along the rambling river below Pisco Elqui, with emerald green waterholes where you can escape the midday heat. Remember that temperatures drop considerably in the evening, especially in winter when they can drop below freezing. The same is true in San Pedro de Atacama, which has more than ten campsites on the outskirts of the city. The best sites have tent shelters that will protect you from both high winds and the midday heat.

Another budget option for stargazing enthusiasts is Alfa Aldea in Vicuña, which has its own on-site telescope and star tours. Those with a more flexible budget should head to Elqui Domos, where transparent domes let you count the stars from the comfort of your bed. Atacama Lodge near San Pedro is another mid-range option that caters exclusively to amateur astronomers. Although the Elqui Valley is home to the impeccably designed park Casa Molle, San Pedro holds the lion’s share of luxury lodges. The best for astronomers is the Nayara Alto Atacama, which has a 16-inch telescope on a hill above the hotel for nighttime stargazing sessions.

The Atacama Desert is on our Best of Travel 2022 list. For more stories from some of the world’s most exciting destinations Click here.

Safety recommendations and restrictions during a pandemic can change quickly. Lonely Planet recommends travelers always check with local authorities for up-to-date advice before travel during COVID-19.

Outdoor recreation has jumped this year amid the coronavirus pandemic, but the 20-month closure of the Canada-U.S. Border to non-essential{...} 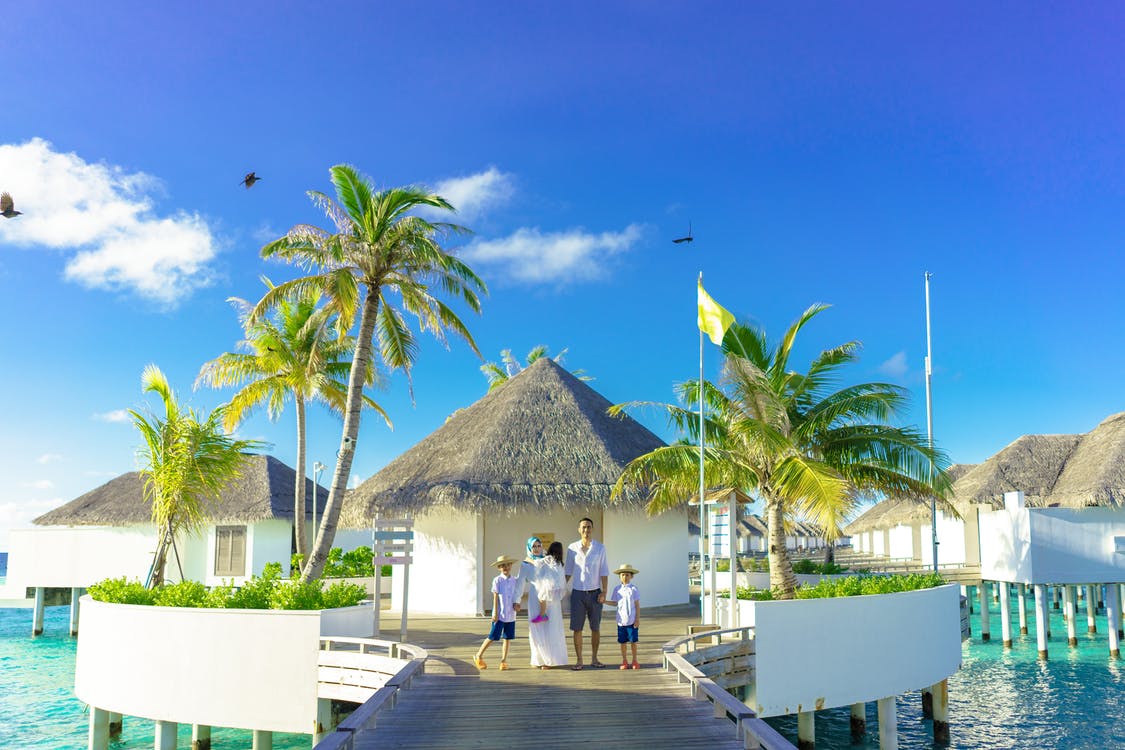 Going on a family vacation can be expensive. From the plane ticket to your hotel stay, it’s easy to rack{...}