The 27m Cristo Rei (Christ the King) statue that dominates Dili’s easternmost promontory was a gift from Indonesia in 1996, although resistance leader Xanana Gusmao dismissed it as “Jakarta propaganda”. Five hundred and seventy steps lead to its platform which offers spectacular sunrise views. Just below the statue is the pristine beach of Dolok Oan with excellent reef snorkeling.

Take the 47 kilometer road trip inland to Aileu, the heart of East Timor’s coffee culture. The so-called “noodle road” winds through the hills to farmland at 1000 meters. Sample local produce at the Projecto Montanha cafe and homestay. On the way back, visit the Dare Memorial Museum, which commemorates the heroic support the people of occupied East Timor gave to Australian troops during World War II. See facebook.com/projectomontanha; timorleste.tl/listings/dare-memorial-museum-cafe Get the latest news and updates emailed straight to your inbox.

The waters off Atuaro Island, an hour’s drive north of Dili, are home to dugongs, whales and mantas. The reefs here are cited as some of the least explored and most ecologically diverse. There’s also trekking and accommodation in modest ecolodges, with access by weekly ferry or private charter. See ataurotourism.org

The country has endured 230 years of trauma under various Portuguese, Japanese and Indonesian administrations. Among several museums that showcase the endurance of its people is the Timorese Resistance Museum, which depicts their determined rejection of Indonesian mismanagement. See amrt-ip.tl

East Timor takes its organic coffee seriously and exports 7,500 tonnes a year. At Heydey AR Cafe, a pair of world-renowned coffee sommeliers oversee some of the most soulful caffeine shots you’ll ever drink. The lifeblood is the unique, local Arabica-Robusta strain known as Hybrido de Timor – hence the “AR” in the coffee’s name. See facebook.com/timorheydayarcoffee

Mid-town Timor Plaza is a well-run, world-class hotel with a range of upscale rooms, as well as the popular Sky Bar and Panorama Restaurant. Meanwhile, the Beachside Hotel in Areia Branca offers accommodations ranging from bunk rooms to studios with ocean views. Films screened here on Friday and Saturday nights, this is one of the main venues for the Dili International Film Festival. See timorplazahotel.com; See beachsidehoteldili.com

THE ONLY PAUSE FOR REFLECTION

Santa Cruz Cemetery is a quiet place to visit these days. In November 1991, however, Indonesian soldiers fired on a peaceful funeral procession there, killing more than 250 civilians. The event became pivotal in Timor-Leste’s struggle for independence, with the cemetery becoming a site of poignant national significance.

East Timor is a cash economy using US dollars. Bring banknotes in smaller denominations and don’t rely on cards. Also, prepare US$40 for your visa on arrival; no cards or other currencies are accepted. The best time to visit this fascinating destination is during the dry season from May to November.

Of course, the east is where the party takes place. So go ahead and shake your booty until the early{...} 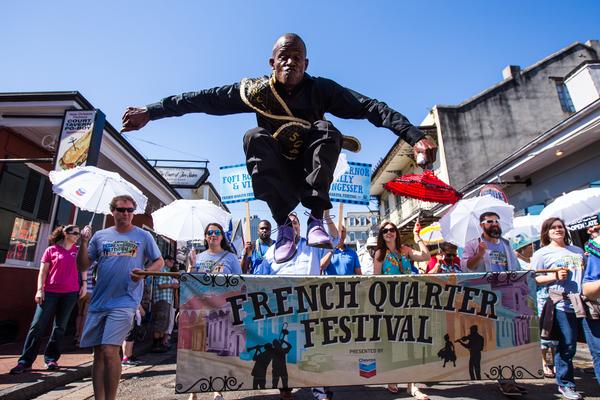 As visitors flocked to New Orleans to partake in the nation’s largest Mardi Gras celebration in early March this year,{...}

Traveling is not just about fun and excitement; it comes with many other scientifically proven health benefits that can positively{...}