There’s so much to see and do in Glasgow, especially the “fantastic” art galleries and “incredible” street art, Jessica Norah told the Independent Travel Cats blog.

All of Glasgow’s main museums and art galleries are free. Must-see attractions include the Gallery Of Modern Art, the center of Glasgow’s vast collection of modern and contemporary art, and the Kelvingrove Art Gallery and Museum, which comprises 22 state-of-the-art themed galleries displaying 8,000 objects. Described by Gabrielle Schwarz in The Daily Telegraph as a “remarkable museum”, the Burrell Collection at Pollok Country Park has reopened to the public after a six-year £68million refurbishment.

As well as galleries and museums, you can also find “one of the UK’s most vibrant music scenes”, Lafferty told The Times. It’s also ‘hands down’ Scotland’s best night.

With its “rare timelessness” and “dark, imposing interior”, Glasgow Cathedral is a “shining example of Gothic architecture”, Lonely Planet said. And unlike almost all cathedrals in Scotland, it “survived the turmoil of the Reformation mobs almost intact” because Protestants decided to repurpose it for their own worship. “Most of the current building dates from the 15th century.”

Glasgow features a number of impressive buildings that should be on every traveler’s bucket list, Trip101.com said. Once home to the Glasgow Herald newspaper, The Lighthouse is now known as the Scottish Center for Design and Architecture. The Beaux Arts-style Glasgow City Chambers building in George Square is “so impressive inside and out” that it has been used as a film set for various films such as An Englishman Abroad and The house of joy.

Its Gaelic name, literally the “Dear Green Place,” is fitting given its 70 parks and open spaces, Barbara Radcliffe Rogers told PlanetWare.com. Located in the heart of the historic Victorian city centre, the ‘ornate’ George Square is home to 12 statues of famous people associated with the city, including Robbie Burns, Walter Scott and Queen Victoria. And next to Glasgow Cathedral is the Necropolis, a 37-acre Victorian Gothic garden cemetery that has been described as a ‘city of the dead’.

One of the best things to do in Glasgow is to get away to Pollok Country Park, TimeOut said. This slice of ‘magnificent countryside’ is just a rather scenic ten minutes from Glasgow Central and once there get ‘the blood pumping with a drive through serene surroundings, followed by some cooing over the Highland cows and Clydesdale horses”.

One of the ‘prettiest green spaces’ you will see in Glasgow is the Botanical Gardens, which are ‘filled to the brim’ with history, botany and exquisite architecture.

Marfa Ballroom Ballroom Marfa is a contemporary museum with a constantly rotating program of exhibitions: each time you go there,{...}

Kolkata is a city frozen in time. The expression one often hears both from the city’s harshest critics and from{...} 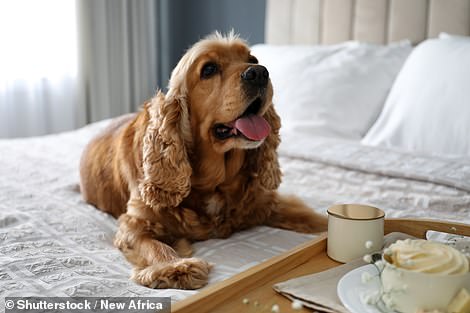 Paws & Stay is a collection of the ‘best places to take your dog’, from the teams behind Sawday’s and{...}