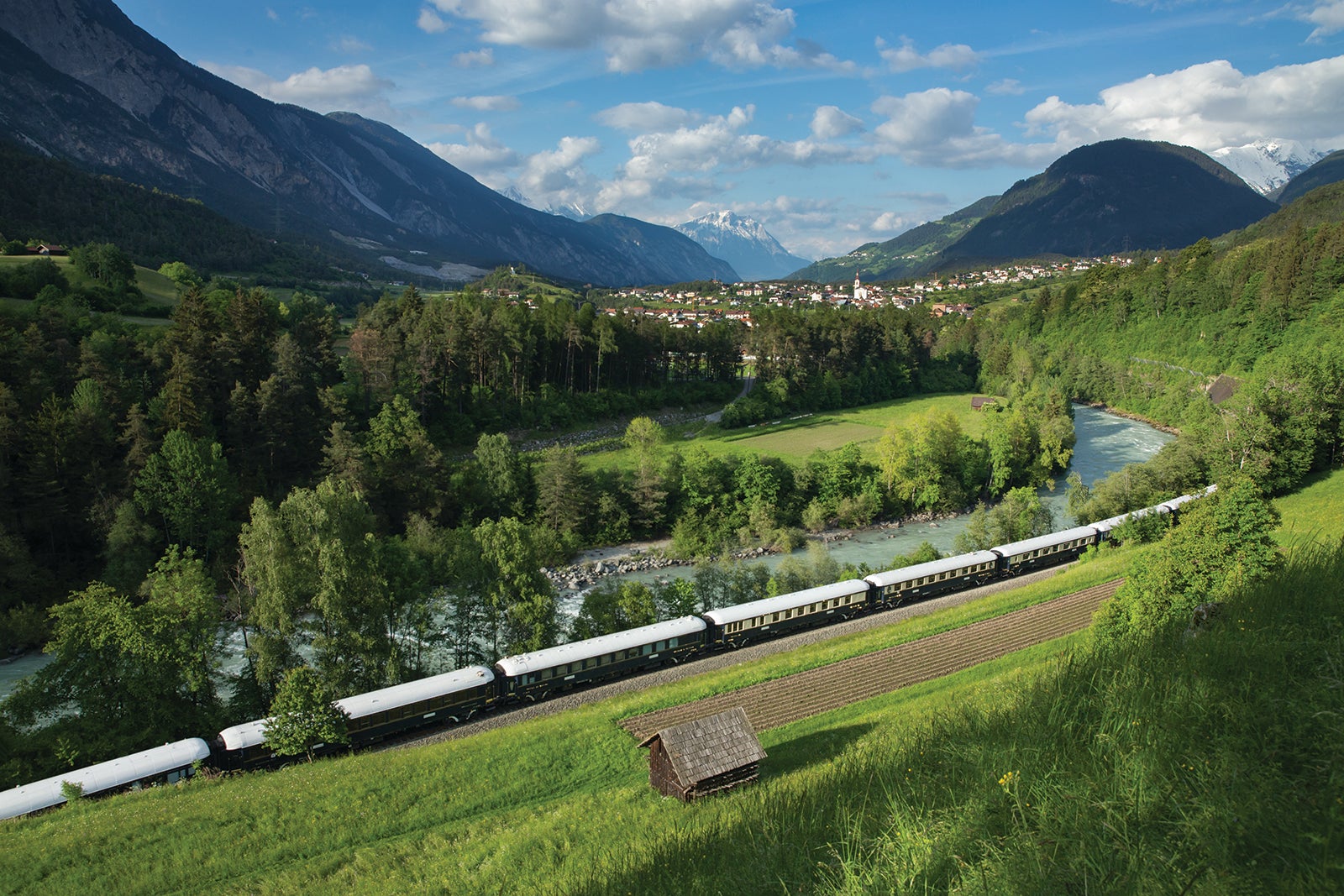 How to plan your first luxury train trip

The COVID-19 pandemic has given us a rare opportunity to re-evaluate how we travel, and many people have pledged to prioritize slower, more sustainable travel. It’s no surprise, then, that some travelers are considering traveling by train to achieve these goals, especially since planes emit six times more carbon dioxide per passenger-mile than trains, according to Time magazine.

However, it is not only efficient high-speed rail networks in major European cities that are gaining ground. Luxury train travel is also growing in popularity.

Luxury trains, such as the famous Orient Express, offer an entirely different style of travel, transporting passengers not only from point A to point B, but also taking them back in time to a more romantic era. On luxury trains, it’s as much about the journey as the destination, with cocktails in the bar car and fine dining in the dining car, comfortable accommodations (if compact) and excursions that allow you to descend and dive deeper into the area.

Sounds like the kind of trip you’d like to do? Here’s everything you need to know about how to plan your first luxury train journey.

There are many luxury train lines around the world, but when you think of luxury train travel, the first journey that comes to mind is probably the Orient Express. Originally developed by a Belgian businessman, the Orient Express made its maiden run in 1883 and, despite interruptions during World War I and World War II, continued to carry passengers between Paris and Istanbul until 1977. A version of the train called the Venice Simplon Orient Express was relaunched in 1982 and is now operated by Belmond, which also runs luxury train lines in Asia, Peru and the UK.

“The Orient Express going from Venice to Paris is so mystical because you have so many books, so many stories written about this train and this passage that it draws you even more to this place”, Ana Checa, travel consultant luxury at Embark Beyond, says TPG.

She recommends a trip on the Venice Simplon Orient Express or Belmond’s Eastern & Oriental Express for patrons who not only want to see new sights but also want to travel back in time to the 1920s. The trains are dressed in sumptuous fabrics, inlays of wood, antiques and Lalique and Baccarat lamps. Passengers savor sumptuous multi-course meals in the dining cars and sip martinis while being lulled by live piano players in the bar car.

However, Belmond may soon have some competition.

Accor recently announced that it will launch its own version of the Orient Express in 2024. The train will feature 17 cars from the original Orient Express dating from the 1920s and 1930s.

Of course, Europe is far from the only major destination for luxury train travel. Based in South Africa Rovos Railway has been providing luxury train travel on restored vintage trains in Southern Africa for over 30 years. Itineraries range from a two-night itinerary between Pretoria and Durban in South Africa, which includes game drives in Nambiti Private Game Reserve and Spionkop Dam and Nature Reserve, to an epic 15-day journey from Cape Town to Dar es Salaam in Tanzania, which offers game drives, a visit to the Kimberley Mine Museum and a visit to Victoria Falls.

If you’re harboring Wes Anderson’s “Darjeeling Limited” fantasies, you might want to book a ticket aboard the Express of the Maharajas, one of India’s first luxury trains. It offers four to seven day itineraries including excursions to Taj Mahal, Agra Fort, Tiger Safari in Ranthambore National Park, Amber Fort in Jaipur and cultural activities such as dance performances and a visit to a silk weaving center in Varanasi.

Perhaps the best way to experience Australia’s rugged Outback is on board The Ghana, which crosses the country from Darwin to Adelaide. Over the course of four days, the train stops in Alice Springs for a BBQ dinner under the stars at historic Telegraph Station, the opal mining town of Coober Pedy and Nitmiluk Gorge to see natural wonders and learn about Aboriginal culture . There’s even an option to upgrade to a scenic flight over Uluru. As a bonus, you can earn Qantas Points for your journey.

A little closer to home, the rocky mountaineer is the largest private luxury tourist train in the world. One of its special features is the glass dome design, which offers spectacular views in all directions – and the scenery is breathtaking. The train has a handful of routes that traverse the Rocky Mountains and the wild Pacific Northwest, with routes from Vancouver, BC to Banff or Jasper, Alberta. The train also has a United States route that connects Moab, Utah, to Denver.

The most luxurious train of all might be the Seven stars in Kyushu. Crossing the Japanese island of Kyushu, the train connects seven prefectures over 3,000 kilometers (over 1,800 miles). It’s a deep dive into Japanese culture, with visits to a traditional pottery village, bathing in onsens and staying in a ryokan. Expect luxurious accommodations, attentive service and delicious cuisine on board.

Before booking a multi-city flight, consider booking two separate flights one-way flights arriving at the point of departure and departing from the point of arrival of the train route. It’s a good idea to arrive at least 24 hours before the train departs, especially if you’re not traveling nonstop, in case your flight is delayed. If you miss the train boarding point, there is no guarantee that you will be able to join it further down the line.

Generally, you can book directly with the company operating the train, but if you’re planning a more complicated trip, you might want to use a travel consultant like Checa. A good travel consultant can help you choose the right route, book flights, and plan tours and excursions before, during, and after the train journey.

As for the date of reservation, it is important to plan this kind of trip well in advance.

“I would recommend looking at the matter at least six months before because there are not many seats on the trains,” Checa said. “They may have a cancellation and have an open space, but most of the time they fill up pretty quickly.”

Prices range widely from around $1,000 to over $15,000, depending on the route, route length, and accommodations you book. Most luxury sleeper trains have basic Pullman carriages with rollaway beds, but on many trains you can upgrade to a more spacious suite that includes a double bed and perks like butler service.

Most of the luxury trains mentioned above have excursions built into their routes, so you don’t have to worry about researching what to do along the route. You might have a few options to choose from, depending on your interests, physical stamina, or sense of adventure.

“You can stay on the train, you can go visit a small village, you can hike and come back, you can do many activities with different levels of extreme,” Checa said, explaining his experience aboard the Eastern. & Belmond’s Oriental Express.

In my experience aboard the Belmond Simplon Orient Express from Venice, Italy to Paris, however, there were no excursions; passengers only had a few brief stops where they could get out and stretch their legs.

On other trains, such as the Seven Stars in Kyushu, you can take a trip to visit a temple, a visit to a traditional pottery workshop that lasts a few hours, or even an overnight stay in a ryokan before returning to the train the next morning. .

Plan what to pack

Packing for a luxury train journey is not without challenges. It’s important to pack light as you probably won’t have much storage space, but in most cases you need both casual daywear and more formal evening wear. Aboard the Venice Simplon Orient Express, in particular, guests love to go all out when dressing up for dinner, perhaps even donning vintage clothes to really embrace 1920s glamour.

“Belmond actually tells you everything you need to bring, but I would say today you really need to pack light,” Checa explained. “You have to dress for dinner; you cannot enter with sneakers and shorts. It makes you feel like you are somewhere special.

Since you can’t count on being able to do laundry, pack a few versatile outfits in neutral colors like black, white, beige, and gray and change up your accessories. This may mean bringing a few different scarves and jewelry or an assortment of different ties (or bow ties), pocket scarves, etc. You can also save space by wearing the same comfortable shoes every day and bringing just one pair of stylish shoes for the evenings.

At the end of the line

A luxury train journey is a fun and sustainable way to immerse yourself in beautiful destinations around the world, from the Pacific Northwest to Southeast Asia. These trains are designed to immerse guests in their surroundings and often take them back in time to the climax of the train journey.

“It’s fun because you see so many places and you experience places through the window, literally,” Checa said. “It goes at a pace where you enjoy the view and don’t have to pack and unpack.” 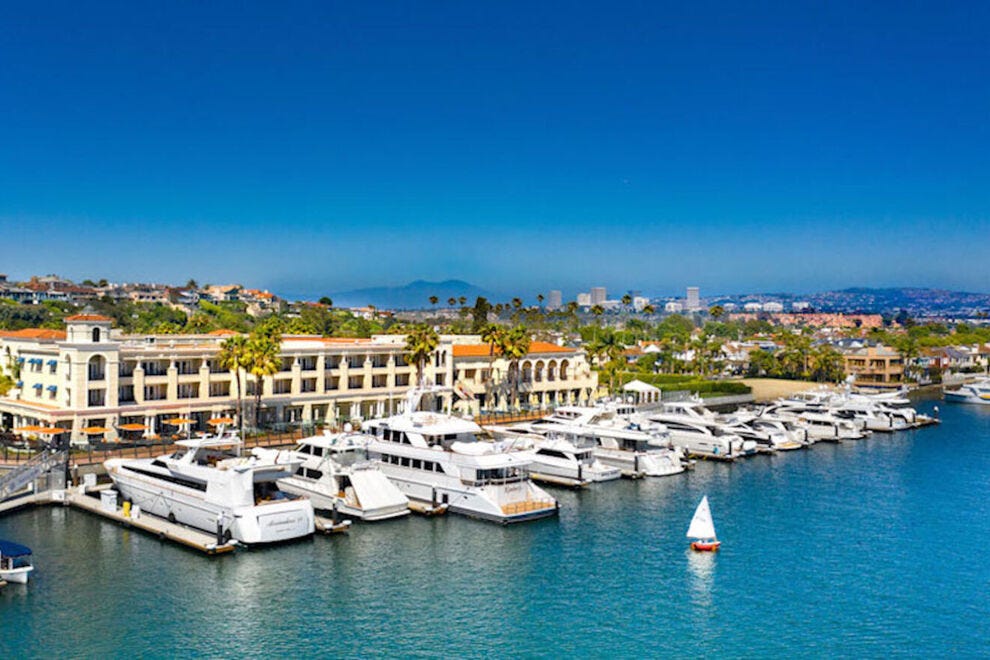 Photo courtesy of iStock / photosvit Whether you love a sunset dinner cruise or like to spend the time watching{...} 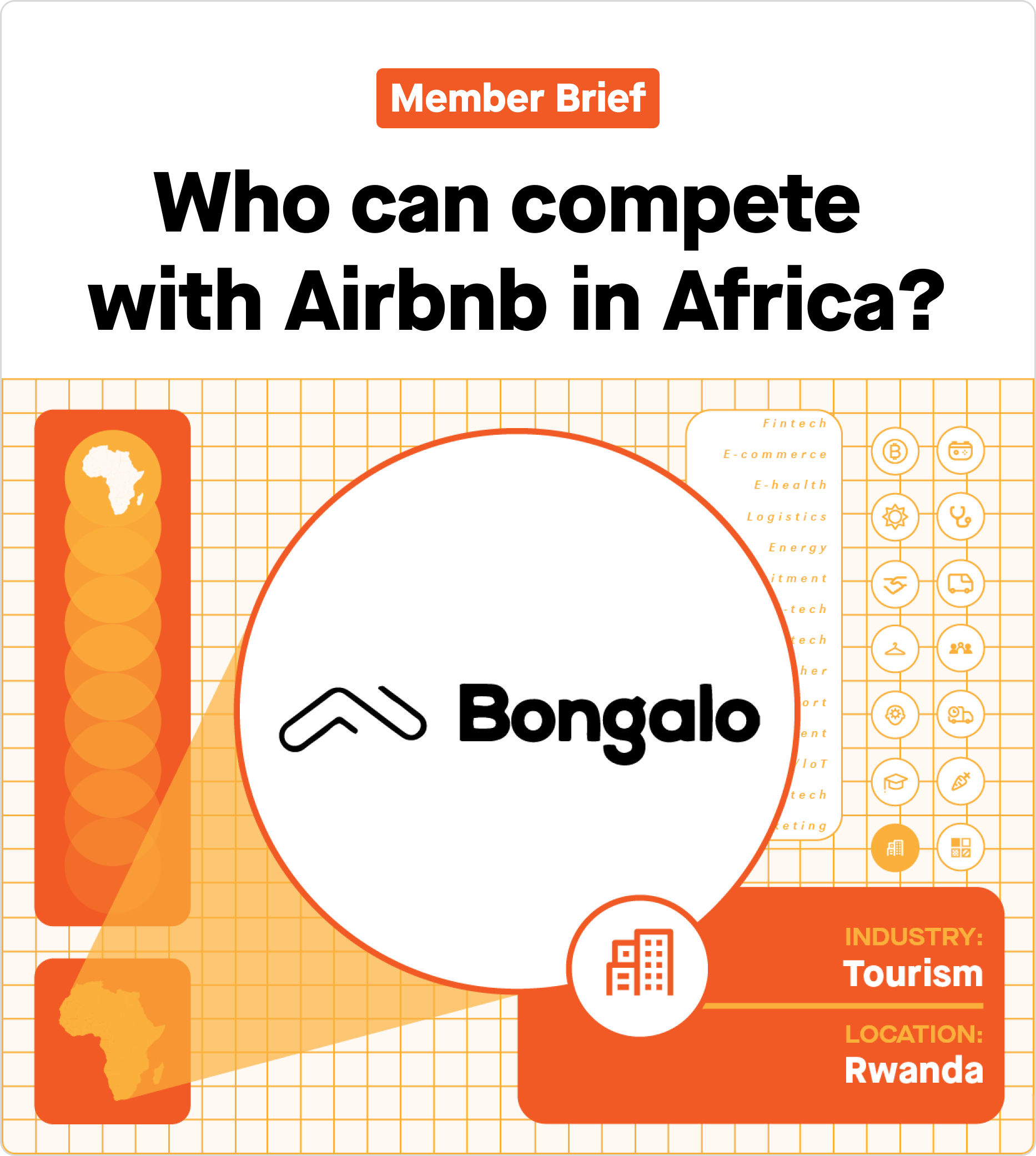 Hi Quartz Africa members, Before the pandemic, all eyes were on the promise of a growing hospitality industry in Africa.{...}