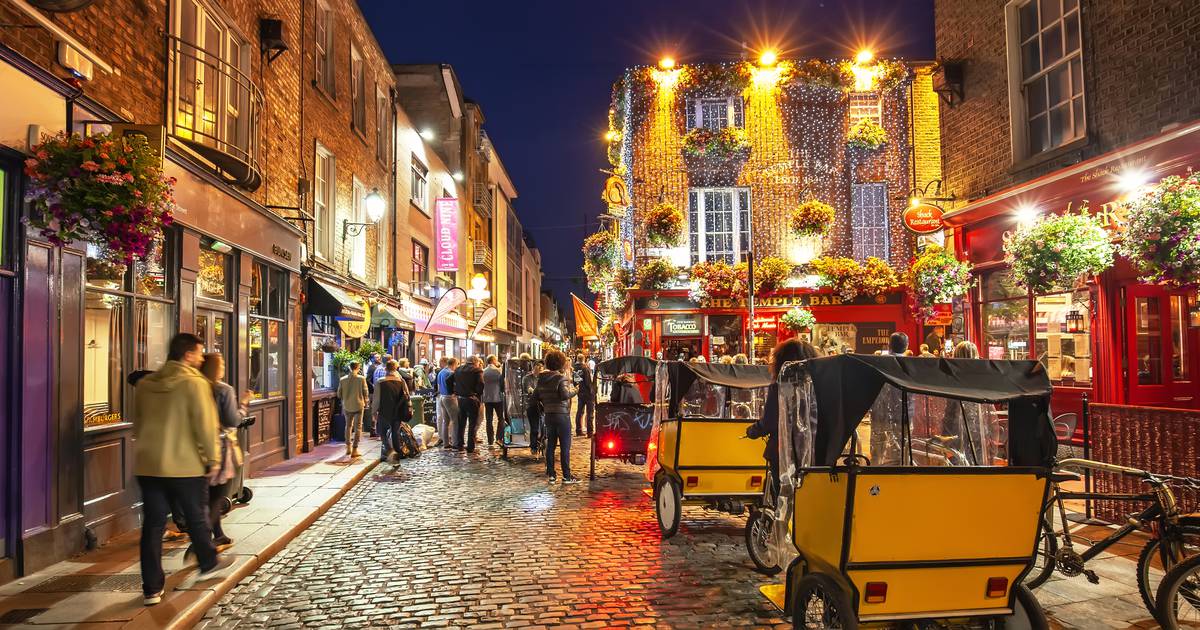 Tourists would be hit with an additional “lodging tax” levied on them for each night spent in the country, in line with proposals from the Tax and Welfare Commission.

The unpublished proposal, which has been sent to the Ministry of Finance, would impose additional fees on tourists and other visitors to ensure that they pay for the provision of the services they use during their stay but do not pay .

The recommendation is likely to be met with a strong reaction from the hospitality industry, with Ireland already among the most expensive European destinations for tourists.

However, the commission’s report says similar charges are already in place in many other European capitals, including Paris, Berlin and Vienna. “Such taxes have been introduced around the world in response to tourism consumption and the pressures it places on the provision of public goods and services,” the report said.

Although no specific level is recommended for the tax, the report notes that in EU member states a range between an average of €0.40 and €2.50 per night applies, which varies depending on the type of accommodation provided.

Describing the logic of the charge, he states that “tourists and other visitors benefit in the short term from public goods and services, such as water and sewerage systems, utilities, waste treatment facilities, parks, security and public safety services, without having contributed to their funding”.

A tax would ensure that customers contribute to the ongoing costs of providing goods and services. It also notes that depending on how it is designed, it could make tourism more sustainable by “providing a revenue stream that can improve environmental and economic sustainability as well as improving infrastructure”.

It says the tax would be seen as an adaptation of the polluter pays principle, which “calls on the resource user to bear the cost in a more sustainable way”. It says an intention to introduce this tax “should be signaled early” and that a process of engagement should be undertaken with stakeholders.

The Irish Times reported earlier this week that the report advised limiting the use of special low VAT rates and zero VAT rates. In another conclusion, he explicitly recommends against using temporary VAT cuts, such as the one currently in place for the hospitality sector, as a short-term stimulus.

It says the maintenance of zero and reduced rates should “be narrow in scope and retained only in limited circumstances” – while “recognizing the important role played by zero rates in reducing food poverty and supporting food poverty”. ‘access to other essential goods and services’ and does not recommend an increase in zero or standard VAT rates.

However, he sees an “opportunity” to increase the reduced VAT rate of 13.5% in an overall gradual manner, “particularly when essential items such as fuel and electricity are kept at a lower rate”.

However, as society decarbonizes, she argues that fossil fuel VAT subsidies should be removed and VAT increased to the standard rate over time. It recommends that those on the second reduced rate – the 9 per cent one – be increased over time to the reduced rate of 13.5 per cent.

The report recommends modernizing the VAT by shifting the administrative burden away from taxpayers.

In other sections, the report recommends increasing levies on wealth, property and inheritance tax, saying they should “rise significantly” as part of a shake-up of the tax system. If adopted, these policies could represent a significant shift of the system towards taxing wealth rather than focusing more on income. The commission suggests that capital gains tax and capital acquisition taxes could be expanded. Christmas is still months away, but travel experts recommend booking a vacation now to avoid disappointment and hopefully save some{...}

Sometimes it’s better to suspend preconceived plans and strike out a replacement. A similar circumstance happened to me when I{...}