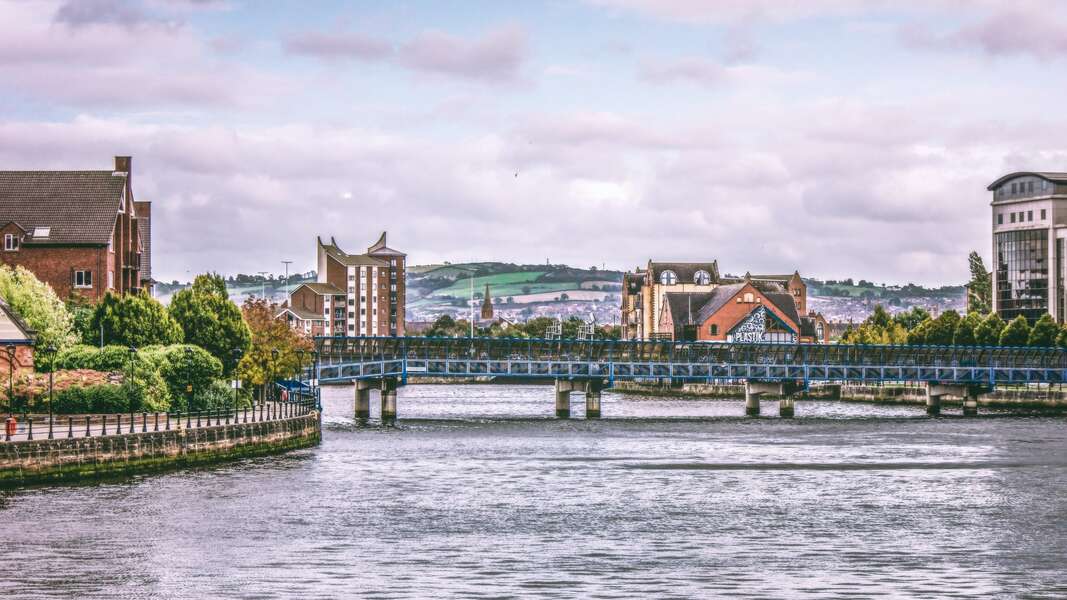 Things to do in Belfast: tourist guide to the capital of Northern Ireland

The city of Belfast is free-spirited, wacky and a tad edgy thanks to its tumultuous past. It’s the geographical equivalent of a punk rock girl in a pretty dress – fierce, gritty, a bit troubled, deeply creative and beautiful, all rolled into one. Thanks to the incredible street art scene, its turbulent and painful history is laid bare in the streets. It all sits side by side with a new Belfast full of hope, innovation and sophistication. The city and its people have made the ultimate pivot, forging a bright and vibrant new legacy, with a party scene to match.

She’s pretty easy on the eyes, too. In fact, in 2021 a mathematical formula known as the Golden Ratio declared Belfast the third most beautiful city in the UK. That’s hardly a surprise, given the sheer amount of architectural gems dotted around the city, from Georgian relics to modernist game-changers, as well as its stunning location on the banks of the Lagan River. Iconic may be an overused term, but when it comes to describing Belfast, it fits the bill perfectly.

The city has always been a hub for creators. The Titanic was built here in 1909 when Belfast was the shipbuilding capital of the world. This led to an influx of cabinet makers, potters and weavers. In fact, Belfast was once known as Linenopolis, as it was the headquarters of the world linen industry in Ireland. Today, these former warehouses have been transformed into a historic flax district, with international design and technology companies, as well as trendy cafes, bars, restaurants, hotels and music venues.

Speaking of music, rock aficionados will be delighted to know that Belfast’s Ulster Hall is where Led Zeppelin first played stairway to Heaven to a live audience in 1971. Given that Belfast is a sister city to Nashville, Tennessee, it’s no surprise that live music plays a major role in the city’s DNA, whether it’s whether it’s upbeat traditional Irish melodies, atmospheric smooth jazz or the unmistakable electricity of an indie gig.

From cutting-edge artistic expression to artisan cheeses and kick-ass whisky, here’s where to find your jam in Northern Ireland’s beautiful capital.

Lose yourself in a kaleidoscope of art

The best way to appreciate the dynamism of Belfast is to discover the vast artistic side of the city. Seedhead Arts has been at the forefront of local street art for over a decade, running walking tours that shed light on the area’s tense socio-political past. In the historic Cathedral Quarter, the main Black Box arts venue offers an impressive calendar of events spanning visual arts, theatre, music, literature and everything in between. And at the other end of the spectrum, the freshly restored Grand Opera House offers a packed program of performances in an impressive majestic setting.

In the flax district, Banana Block describes itself as a “living museum and event space set in a historic flax mill and inspired by the curious links between Belfast and bananas”. This connection dates back to 1911, when Belfast resident William Richardson became one of the first to grow bananas in the British Isles. It’s hard to think of any other city in the world where this tenuous connection would be so celebrated, but that kind of thinking is Belfast in a nutshell (or a banana peel). The space hosts a collaborative community of artisan producers, entrepreneurs and vinyl addicts. Be sure to check out Banana Block resident Sound Advice for all things vinyl and live DJs on the weekends.

The history of tailgating

Get a bit of culture in a world-class museum

Museums are a fantastic way to better understand the city, its storied past and its inspiring future. The Ulster Museum is a great place to start, with a huge collection of art, history and natural science on display, from modern masterpieces to Egyptian mummies. In Omagh, the Ulster American Folk Park is an outdoor venue that explores three centuries of Irish immigration to the United States. Bibliophiles should head to the Linen Hall Library, which has fascinated bookworms since 1788 and is home to the first printing of the American Declaration of Independence outside the United States. Go figure.

Titanic Belfast is located on the slipways where the Titanic itself was built over 100 years ago. The experience tells the story of the legendary cruise liner over six floors of a magnificent modernist building, reflecting the height of the great lady herself. And those with even a bit of an interest in maritime history – or perhaps just fans of Leo and Kate’s on-screen portrayal – should check out Titanic Quarter. Here you will find an interactive Titanic museum that will guide you through the history of the world’s most famous ship. And for game of thrones fans, by registering for the Giant’s Causeway and game of thrones Tour rental seems like a no-brainer.

Relax in a chic boutique hotel

In leafy Queens, hostess-with-the-greatest Melanie Harrison has created a little slice of heaven with her totally Instagrammable hosting debut. Cheeky title Harrison Chambers of Distinction opened just as the pandemic closed them, giving Harrison the time and space to fine-tune the finer details of his jewelry townhouse. And what details – all the rooms are named after literary personalities and the little touches that Harrison has implemented have made this charming boutique the ultimate home away from home, in the best possible way.

If riverside stays are your thing, the AC by Marriott is a comfortable, understated, yet elegant escape just a 10-minute walk from all major attractions. And for contemporary cool, the Ten Square Hotel is housed in a former mid-19th-century linen warehouse, just behind City Hall. Location wise, it doesn’t get much better than this.

Stock up on choice food and drink

Belfast’s most famous restaurant is undoubtedly the Michelin-starred Ox, which manages to deliver impeccable service without the slightest bit of stuffiness. Expect some heck of a fine cheese, both as its own main course and integrated into seasonal dishes from the tasting menu, like the pea tartlet or the mountain lamb with white asparagus and lavender. For a more casual experience, the adjacent Ox Cave is a serene wine bar serving up bites like charcuterie boards, salted halibut, and bowls of squash and buckwheat to pair with your reds and whites.

Pizza lovers should hunt Flout Pizza for a slice alongside some beers picked up at Boundary Brewing across the road, or head to Reggies Pizza in the Queens Quarter, where you can bring your own wine for a fee. Corkage £3 per bottle. The established cafe is the place to go for coffee, pie, vegan bowls, and decadent milk rolls with or without black pudding. Elsewhere, Mike’s Fancy Cheese is the place to find impeccable, you guessed it, locally produced cheeses.

Staying in the Queens neighborhood, Deane’s at Queens is ideal on a sunny day, offering modern European cuisine and a cozy terrace overlooking Methodist College where Jamie Dornan (from Belfast and fifty shades celebrity) went to school. For the non-conformist, afternoon tea at A Peculiar Tea is a delightfully magical experience. Past themes have included Roald Dahl and Cluedo, so you get the drift.

Finally, we can’t forget whiskey devotees, who shouldn’t sleep on a trip to The Friend at Hand for a private tasting and a peek at the on-site Whiskey Museum. Don’t leave without grabbing a coveted bottle from their collection of over 600 premium Irish whiskeys.

Despite its small size, Belfast and the surrounding counties have more castles than you can count. Probably the most famous, Belfast Castle has been home to various castle configurations since the late 12th century. Built in 1177 by the Anglo-Norman knight John de Courcy, Carrickfergus Castle has the distinction of being probably the largest castle in all of Northern Ireland. Fun fact, according to historical references, this was the site of the last witchcraft trial in 1711.

A little further afield, the ruined castle of Dunluce is an enchanting excursion, perched on a rocky promontory overlooking the rough sea. It was built by the second Earl of Ulster in the 13th century, and it is rumored that CS Lewis (also from Belfast) was inspired by Dunluce for Cair Paravel Castle in The Chronicles of Narnia.

Ciara McQuillan is a freelance food and travel writer who has been featured in The Irish Times, CN Traveler and The Shining Magazine among others. She loves to cook but really love to eat. Follow her on instagram. The best countries and travel tips for visiting Southeast Asia: what to eat, where to go, what to see, how{...} 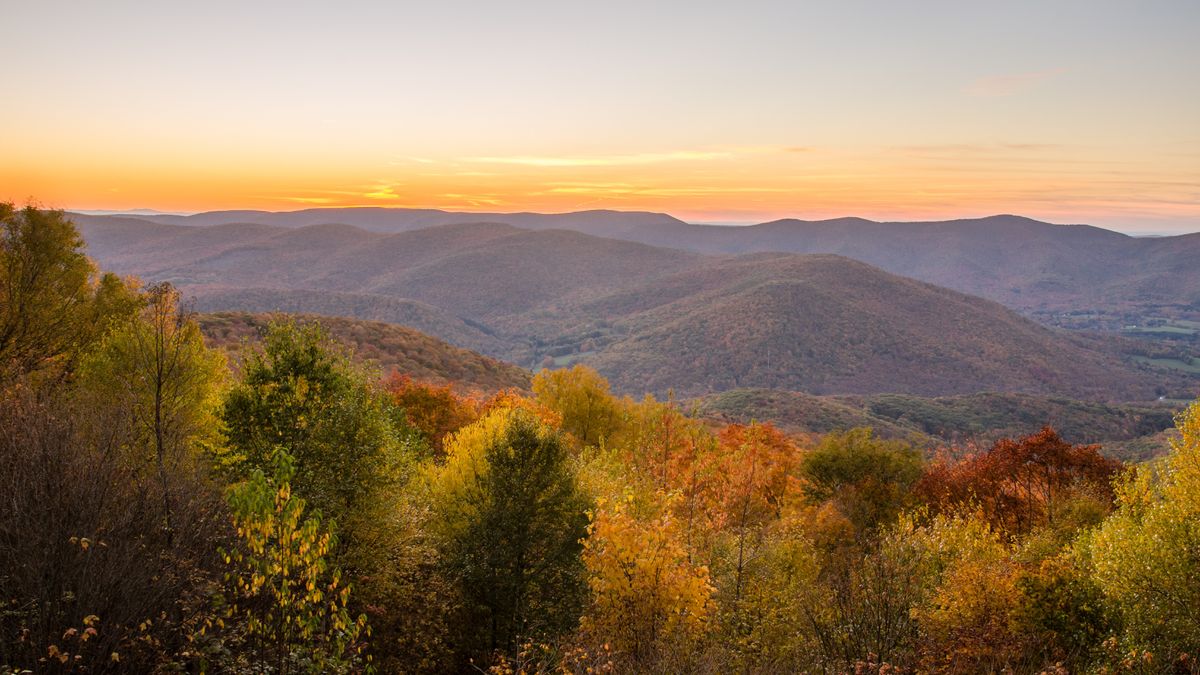 For nearly two centuries, the Berkshires have been a popular destination for northerners looking to get away from it all.{...} 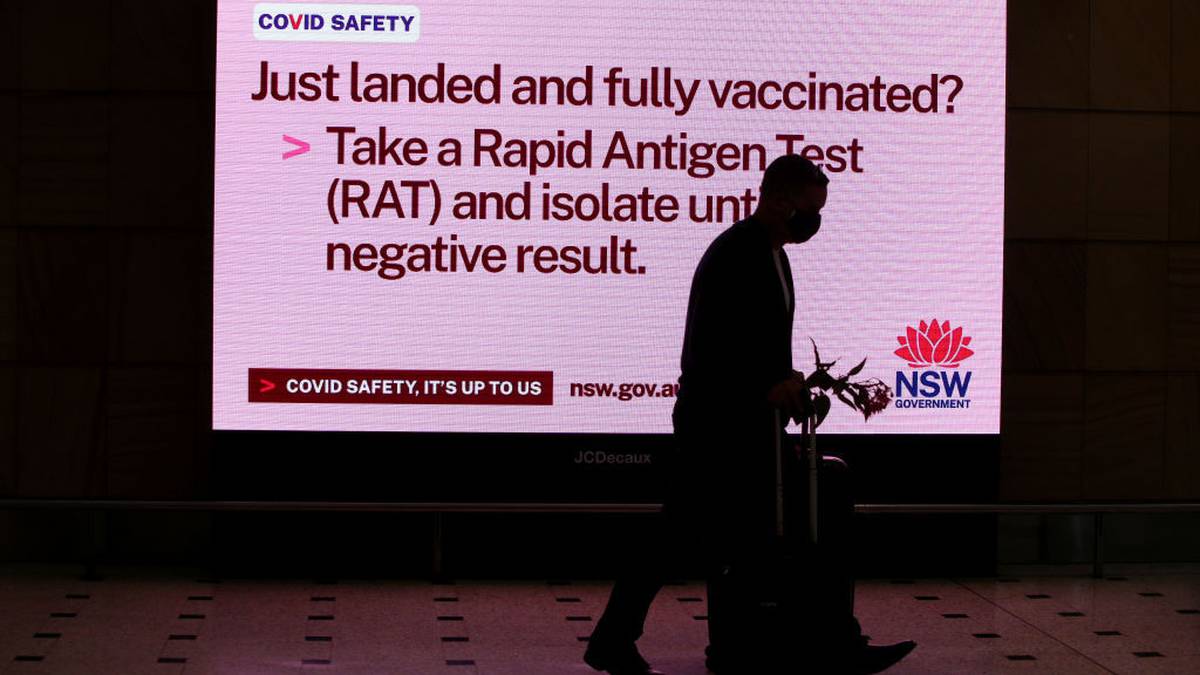 Australia is open to vaccinated travellers, but each state has a set of rules for new arrivals. Photo/Getty Images Australia{...}