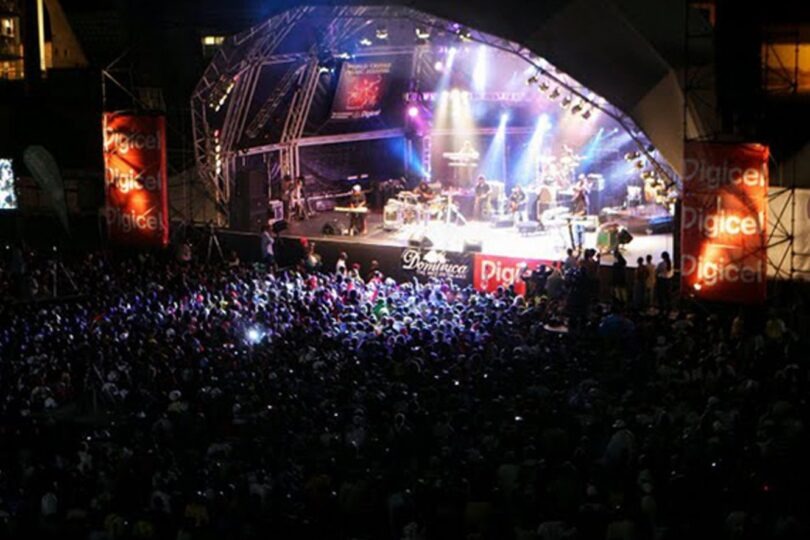 Roseau, Dominica: Dominica’s World Creole Music Festival is set to return as the Ministry of Tourism, International and Maritime Initiatives officially launched its 22nd edition of the festival on Wednesday. After a two-year shutdown due to the COVID-19 pandemic, the festival will be held on October 28, 2022 and will end on October 30, 2022.

The World Creole Music Festival is known as the most anticipated musical event in the Caribbean. The festival will fill the stage with the country’s authentic and traditional music, and each performance will enrich the visitors’ journey.

It is expected that the results of the festival will continue to be a positive sign for the Caribbean Nature Island’s tourism industry. Denise Charles, the Minister of Tourism, International Transport and Maritime Initiatives, said the festival would see a significant number of tourists on Dominica’s shores.

She said it will help the country revive the tourism industry with the arrival of a large number of revelers from across the world.

She pointed out that various accommodations and makeup artists are already fully booked, and customers are confidently waiting for the festival. They found the authentic brand and Word Creole Music Festival exciting.

Minister Charles called the festival a government investment and said the authorities were working to make it a world-class event. She also thanked the artists from Guadeloupe, Martinique, Saint Lucia and the United States of America for their great interest in the World Creole Music Festival.

The World Creole Music Festival is Dominica’s biggest event and an important economic engine. The minister said the Discover Dominica Authority had embarked on a series of one-on-one meetings with potential corporate sponsors to partner with the government. She said previous reports from the event show it earns up to six times the total investment.

In the digitalized world, website promotions have become extremely important and festival websites are being upgraded to provide better user experience. People can now book tickets, makeup artists, accommodations and more at https://dominicafestivals.com/. Denise Charles said early bird season tickets for the World Creole Music Festival are available on the website, costing around $300 for three nights (special price for 24 hours starting August 10, Wednesday 7 p.m.) . While the price of a regular season ticket for three nights is $375 and an overnight ticket for $150.

People can also enjoy the VIP Village and VIP Party experiences with the theme “Coastal Villages”, where customers can enjoy the real Dominican coastal village in the atmosphere of the World Creole Music Festival. Discover Dominica Authority officials said the VIP experiences are hosted in partnership with NexConneX and Radiance Productions. Full PVIP and VIP features will be unveiled in a few days.

Colin Piper – CEO of Discover Dominica Authority, said National Bank of Dominica Limited has become the premium bank for the World Creole Music Festival. Tranquility Beach Resorts is also the premier sponsor of the festival, and Tropical Shipping is also among the sponsors and has the most extensive connection to the event.

Chekira Lockhart Hypolite – the representative of the parliament for the southern constituency of Roseau, called the “World Festival of Creole Music the greatest spectacle on earth”. She said Dominica was the world capital of Creole entertainment and added that many music lovers had already confirmed their travel and accommodation reservations.

Based on steady tourist influxes, media attention and the World Creole Music Festival’s stellar reputation among artists, it has become one of the key events on the Caribbean festival calendar. The festival celebrates the musical traditions of the Creole-speaking nations of the Caribbean, Europe and Africa.

Creole music as a musical genre is varied in form and rhythm, ranging from the infectious Dominican Bouyon and Cadence-Lypso to Haitian Kompas and French Antillean Zouk. Other musical styles, such as African rhythms like soukouce and New Orleans zydecco, have also made an appearance at this festival. Besides salsa, other Caribbean and international musical genres like Dancehall/Reggae, Soca and Calypso have been on the WCMF stages.

Music lovers from all over the world come to enjoy a wonderful weekend of fun and music in Dominica. The event is a real boost for Dominica’s economy, which had been affected by the COVID-19 pandemic. The Dominican diaspora also returns to their country of origin to enjoy the festivities associated with the event.

Dominica is one of the most beautiful Caribbean islands in the region and has managed to preserve its natural assets. Popularly known as the “Nature Island of the Caribbean”, Dominica was crowned the #1 Caribbean Island by Travel + Leisure magazine in August 2022. People can enjoy this peaceful island while enjoying the best festival of Creole music in the world. It is also known as the “Festival that never sleeps” due to kicking off in the evening and continuing until the following morning.

The first World Creole Music Festival was launched in 1997 with the main objectives of developing the country’s arts, music and entertainment industries and promoting the country as a tourist destination. The event is held annually on the last Friday of October; however, after the COVID-19 pandemic caused travel restrictions and wreaked havoc around the world, the magnificent event could not take place for two years. The stoppage caused enormous excitement among Creole music lovers who were eagerly waiting to enjoy the “Three Nights of Pulsating Rhythm”. Provided Firefighters struggled to control a blaze near Machu Picchu. Peruvian authorities say firefighters managed to contain a wildfire that{...}

A pedal boat trip amid the limestone karst mountains, a climb to Mua Cave and the largest population of Delacour{...}